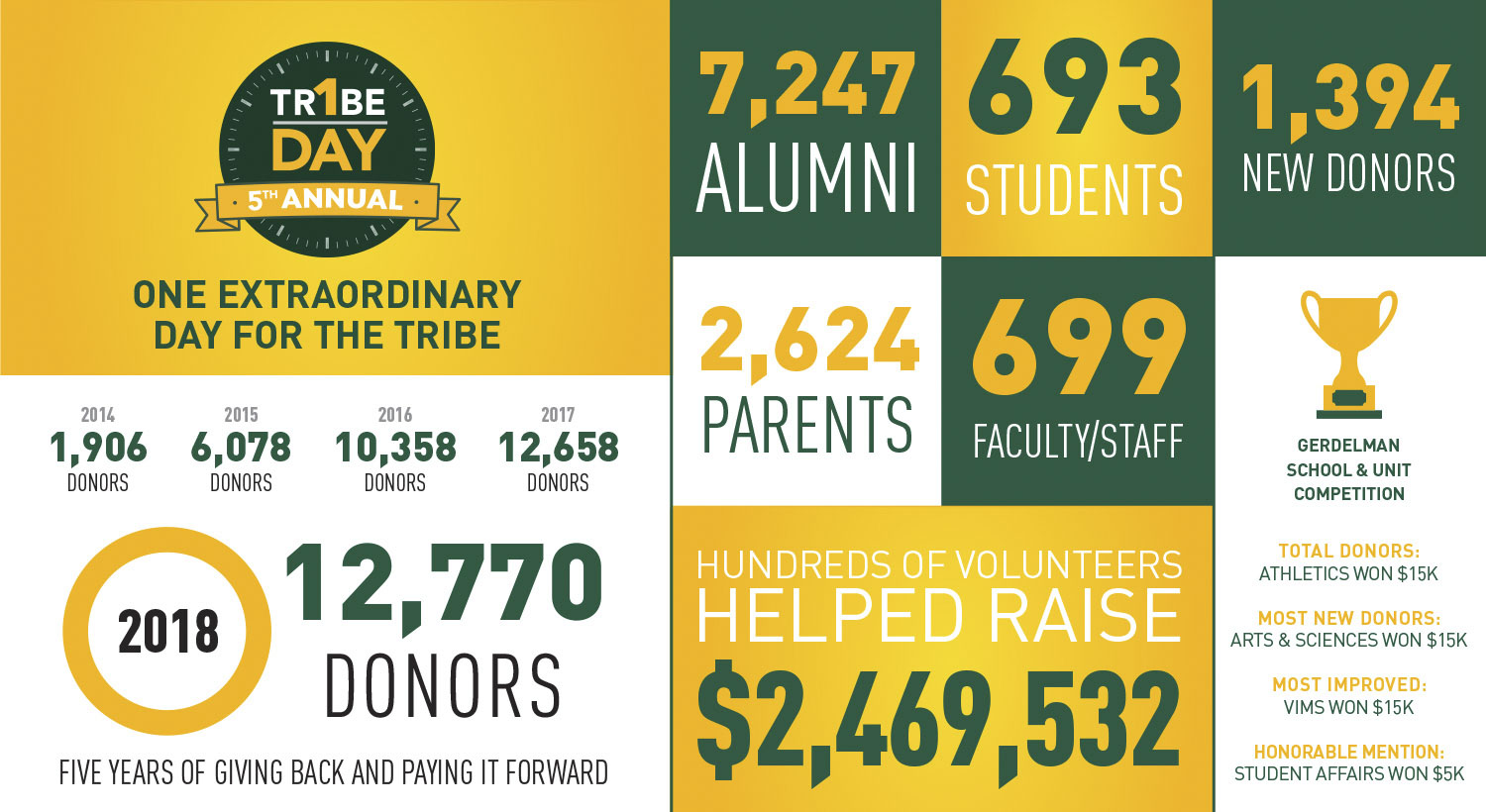 William & Mary celebrated the fifth annual One Tribe One Day (“OTOD”) on April 10 and surpassed all previous records made on the university’s single biggest day of giving. An impressive 12,770 donors made a gift last Tuesday, marking a nearly 570 percent increase in the number of donors who gave compared to its first giving day in 2014 when 1,906 individuals gave back.

Tribe Rowing participated in OTOD and advocated that donors contributed to the 2528 designation that directs donations to the rowing club.  Thanks to the support of 142 of our fantastic friends, parents and alums, we raised $9,850 for Tribe Rowing.  This is an increase from 2017 when Tribe Rowing raised $9,140 from 170 donors.

For more information on One Tribe One Day 2018, review the College’s article recapping OTOD.