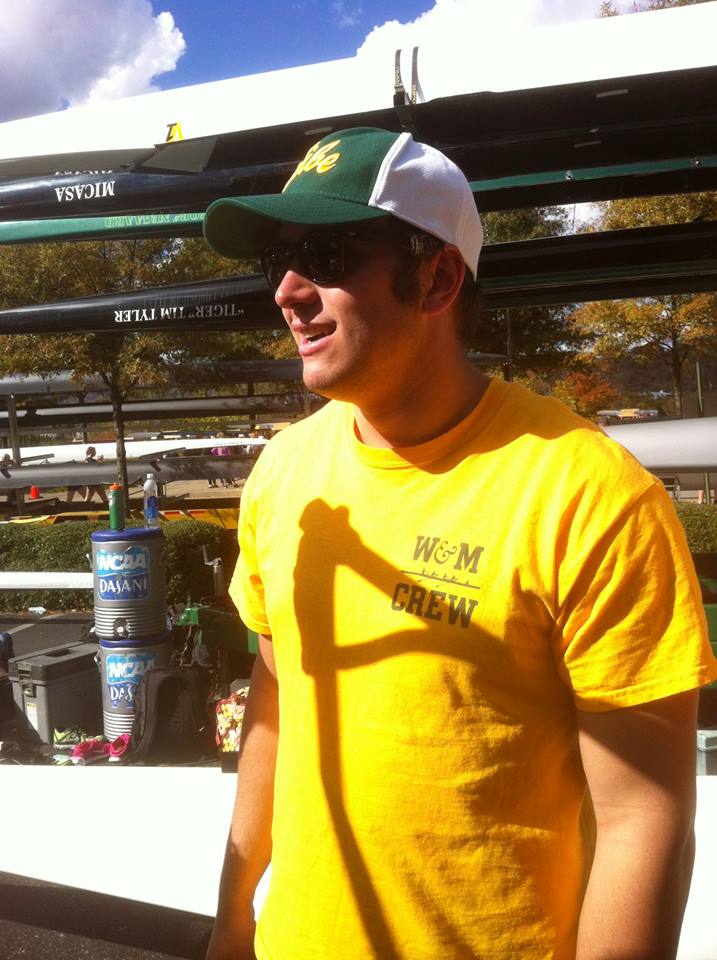 What does rowing mean to you?: As an incoming freshman last fall, joining the W&M crew team gave me the opportunity to meet new people right from the start, who have gone on to become some of my closest friends on campus. Rowing allows me to maintain my physical fitness, and serves as a much-needed physical and mental outlet away from the stresses of college. For the continued success of the program, I have the Friends of Williamsburg Rowing to thank—without their dedication and support, none of this would be possible. For example, because of the FWR’s involvement this past semester, I got to witness my first boat-naming ceremony, as we officially welcomed the newly-named Mary Mitchell to the program.

Best Rowing Memory: My best rowing memory was of this past semester at a regatta we attended at the end of the fall season: The Head of the South in Georgia. Due to unforeseen traffic, we did not arrive at the hotel where we were supposed to spend the night until four hours before wake up call. During the Novice Four races the next day, both novice men’s’ fours had technical difficulties that prevented us from competing at the high level we knew we could. On our final race of the day, the Novice Men’s Open Eight, we used these setbacks as motivation, and placed third in the event, edging out larger programs like VCU and UGA (consequently, this was the first race I had ever medaled in). It was an awesome experience!