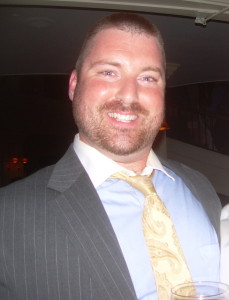 Current Job: Currently teaching special education at an alternative high school in Waterbury, CT while going back to school for my Sixth Year Degree in Educational Leadership at Southern Connecticut State University.

Why are you involved in FWR?: I am involved with FWR because choosing to row during my undergrad years was probably the best decision I made during that time. I believe in what WMRC is all about, and I want current rowers to have the same opportunities I did. Skills that I learned from being part of the team, such as commitment, perseverance, leadership, and teamwork aren’t unique to being a part of an athletic team. They are put to use every day in both personal and professional settings. WMRC has played a huge role in who I am and what I’ve accomplished since I’ve graduated, and I hope that current rowers are able to benefit from being a part of it as much as I did.

What is your favorite rowing memory?: My favorite rowing memory actually comes from when I was coaching a Massachusetts high school team back in 2007. I got to witness the legendary ejector crab first hand. A huge smile crept across my face as I incredulously watched an oar kick back, pick up one of my rowers, and deposit her into Hingham Harbor. The shell (an 8+) immediately capsized, putting the rest of the crew in the drink as well. While I did try to cheer them up explaining that what they had just experienced was a huge part of rowing lore that not many people get to see, I don’t think anyone enjoyed the event as much as I did.